After installing my new fuel system and turning up the boost on my MMP Stage 3 turbos, I started to notice some really bad heat soak in my logs. Guessing that the car is around 600-650whp at 28PSI, I could see that my standard VRSF 7″ Street intercooler was no longer keeping up. It did a great job on my stock turbos, but I needed something a little bigger.

After doing some research, I found the VRSF 7.5″ Race intercooler. Judging by its size and efficiency ratings, it seemed like the perfect intercooler for my power goal of 700whp. I ordered it right away to help cool things down a bit. Four days later it showed up, very nicely packaged. 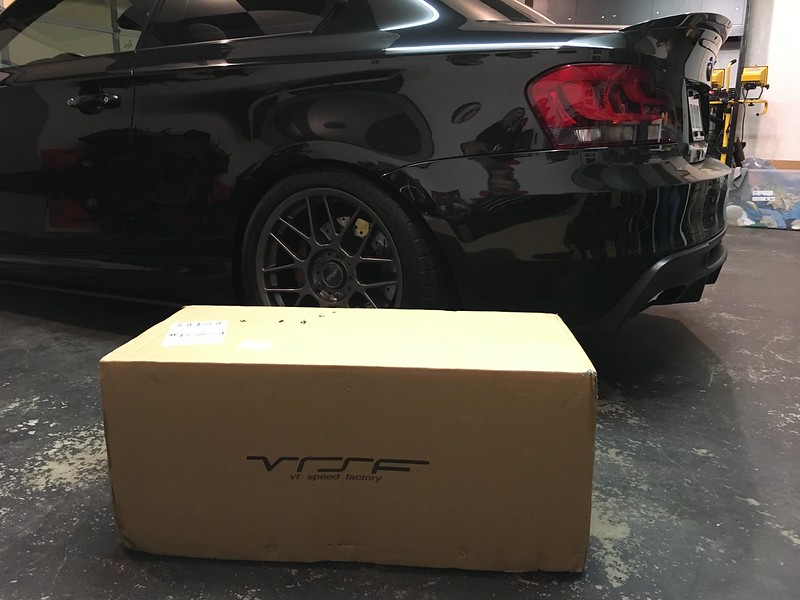 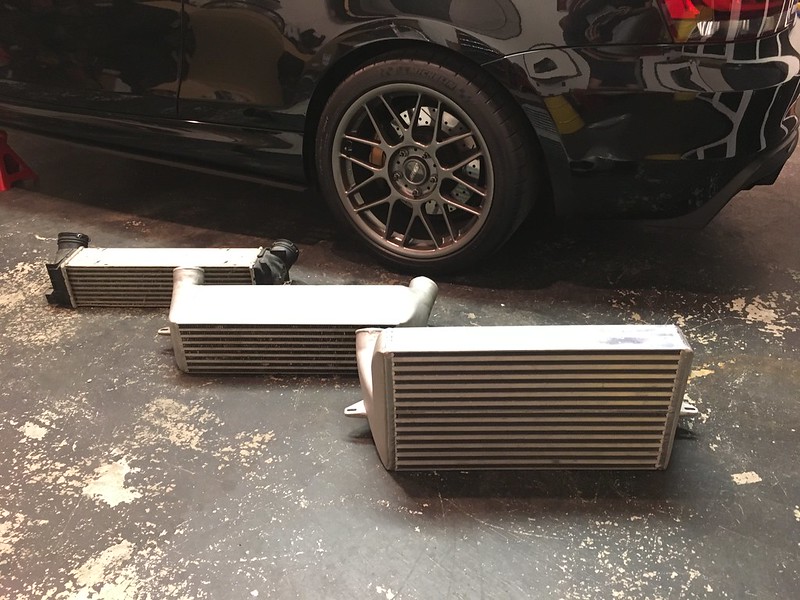 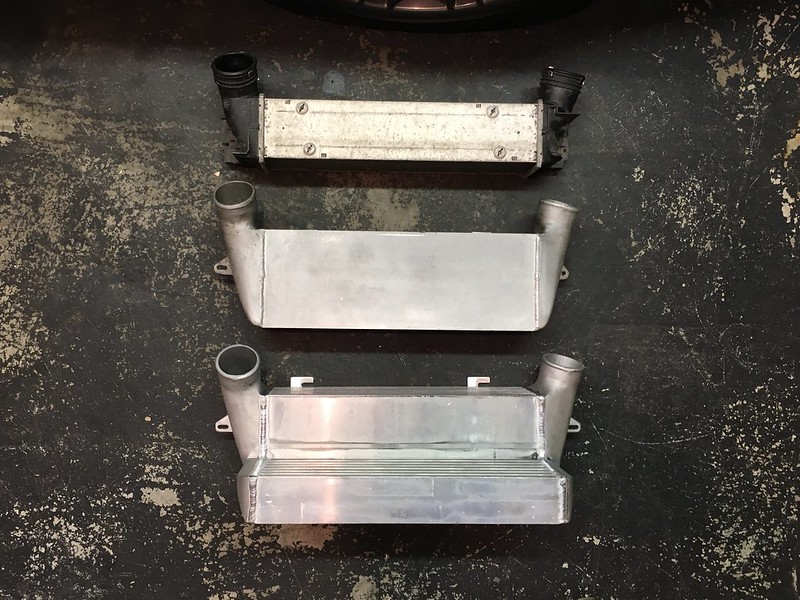 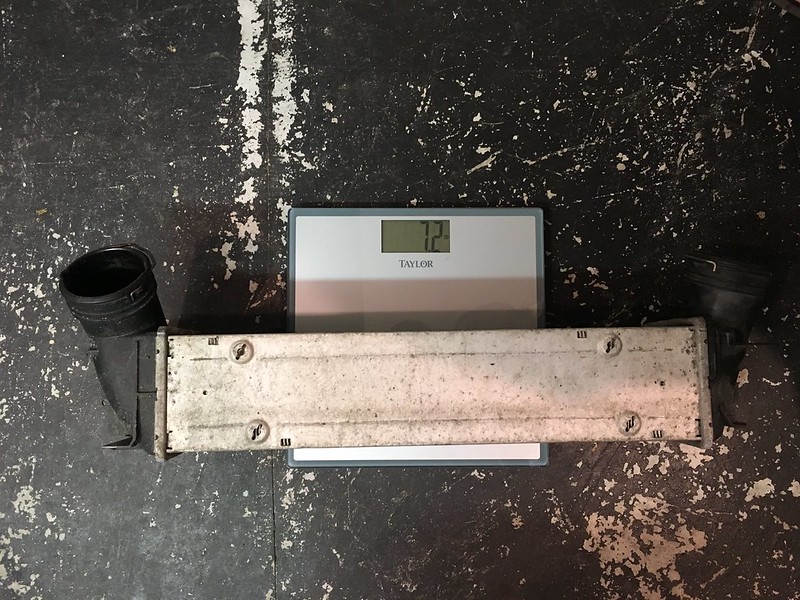 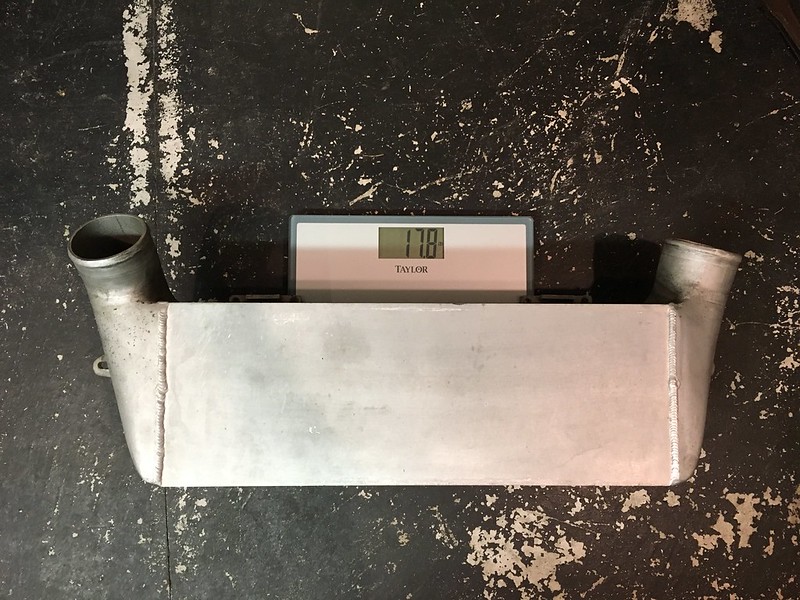 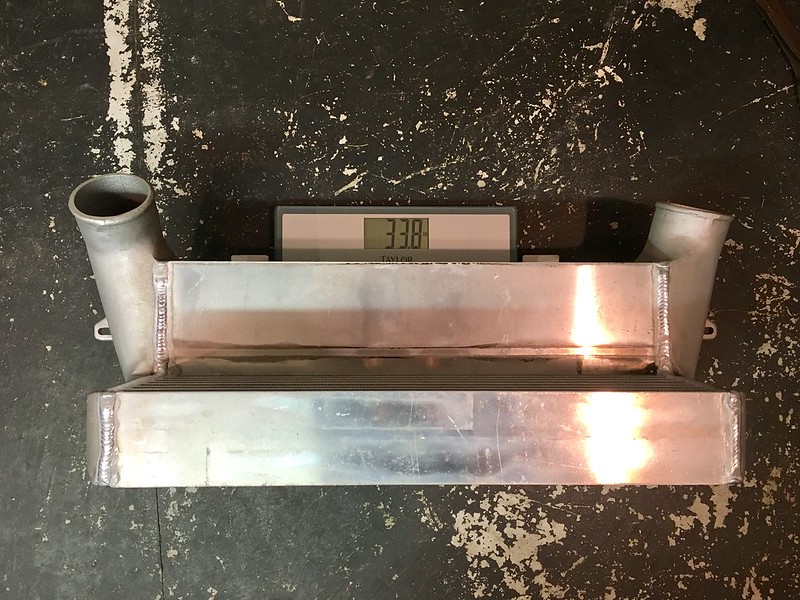 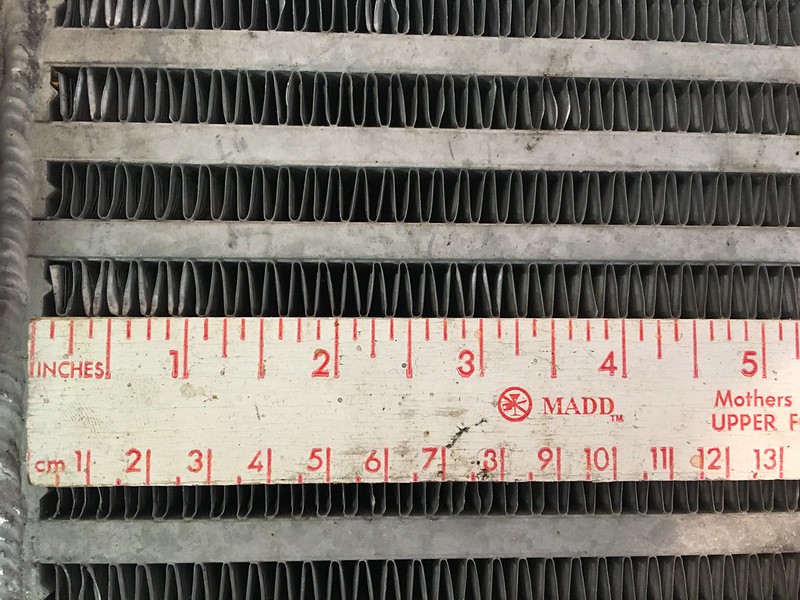 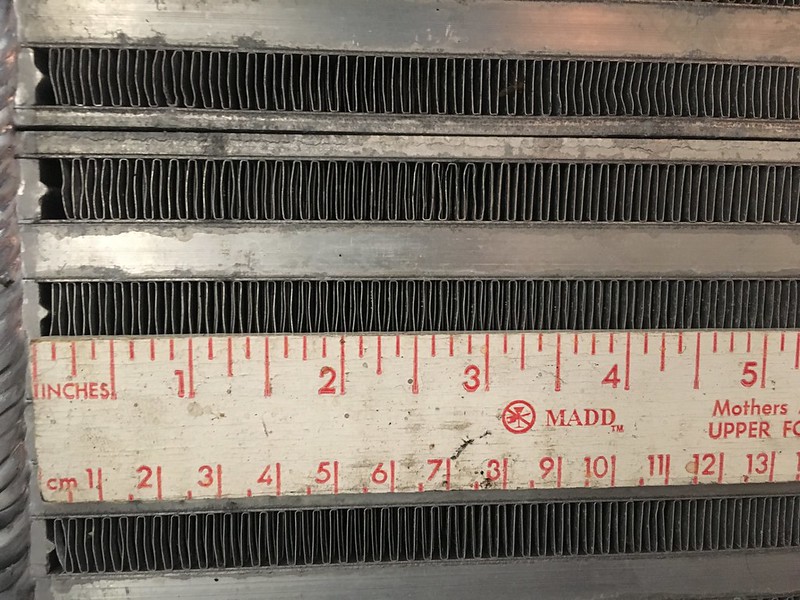 Much better! The 7.5″ Race version has a much denser fin pack and larger cooling bars. Now let’s get this thing in the car! 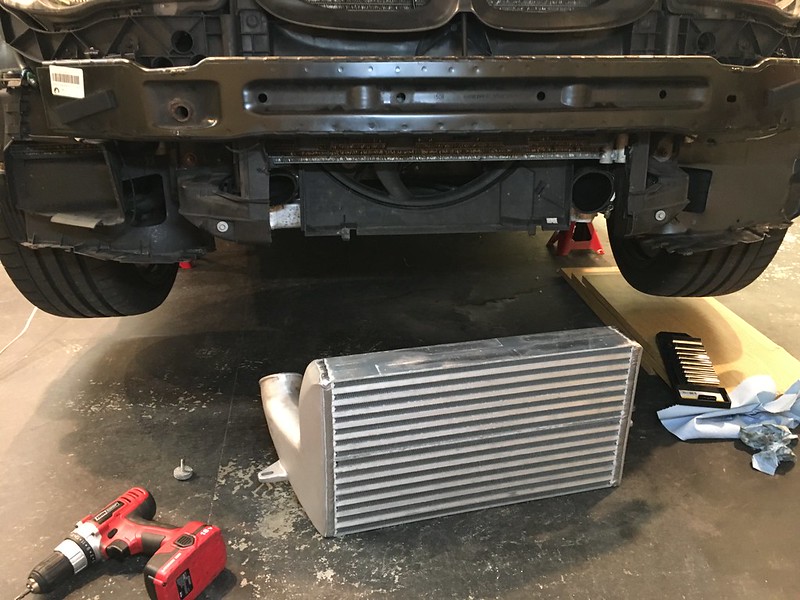 It required A LOT of cutting and trimming. Seriously. If you don’t have a Dremel kit like this, you should get one. 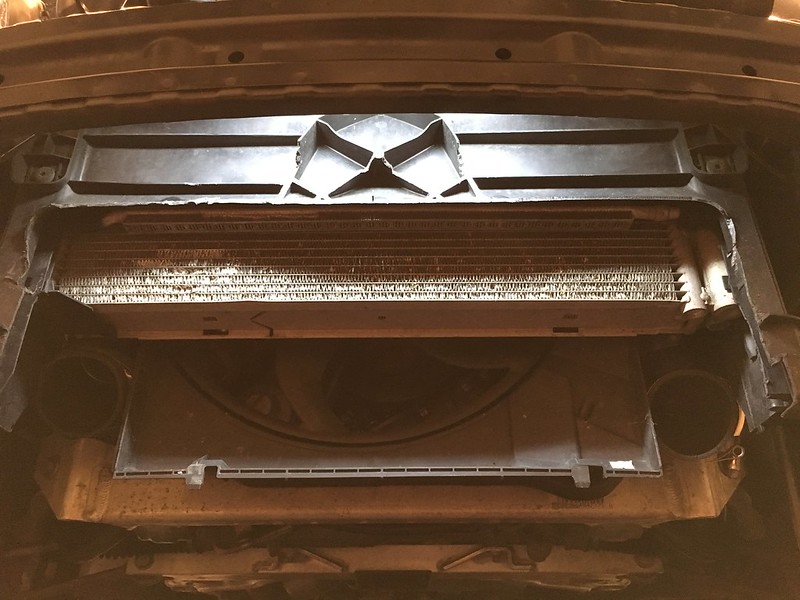 I thought this would be enough, but I was wrong. I had to cut even more before I could fit this intercooler up in there. However, I knew I would have to cut quite a bit of plastic to fit something this large. At least I was combating the weight of the heavier intercooler by removing tons of plastic, right? 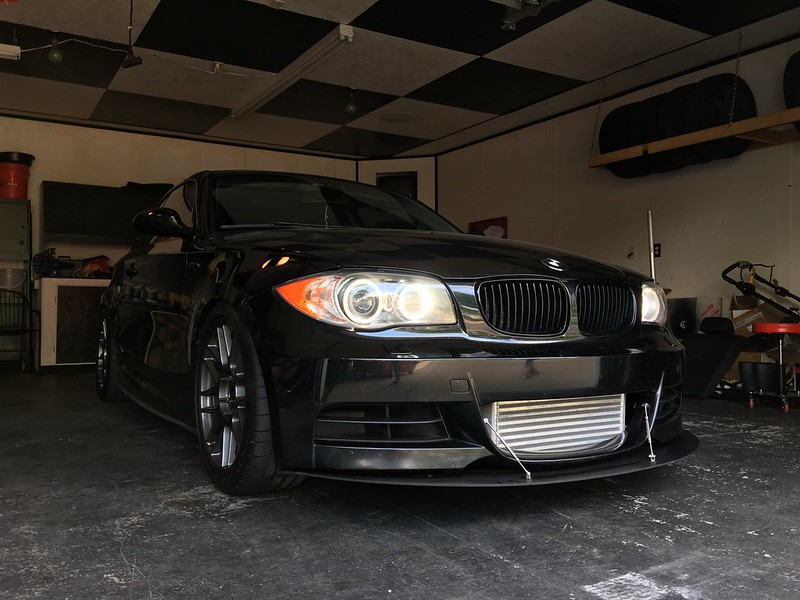 Now that it’s in, does it work? Let’s put it to the test…

My previous intercooler allowed a 54° rise in intake air temperature during a 28psi 60-130mph pull. The new 7.5″ Race intercooler only rose 5° during a similar pull with similar ambient temp. It actually went down during the pull with more air flowing through it. See the light blue line on my logs. 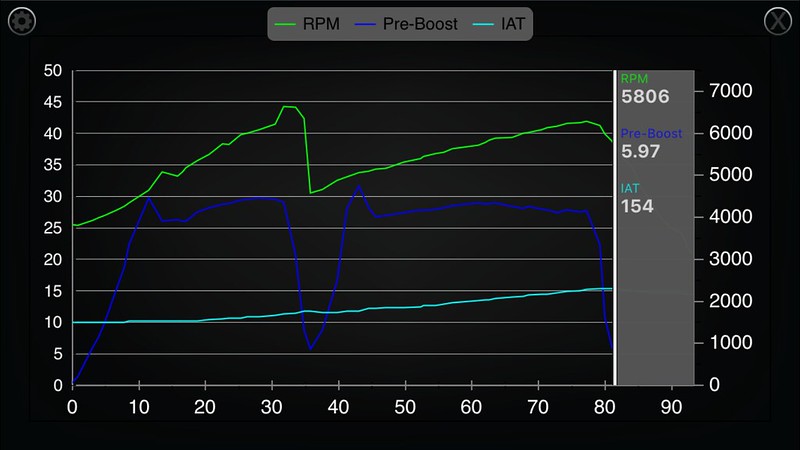 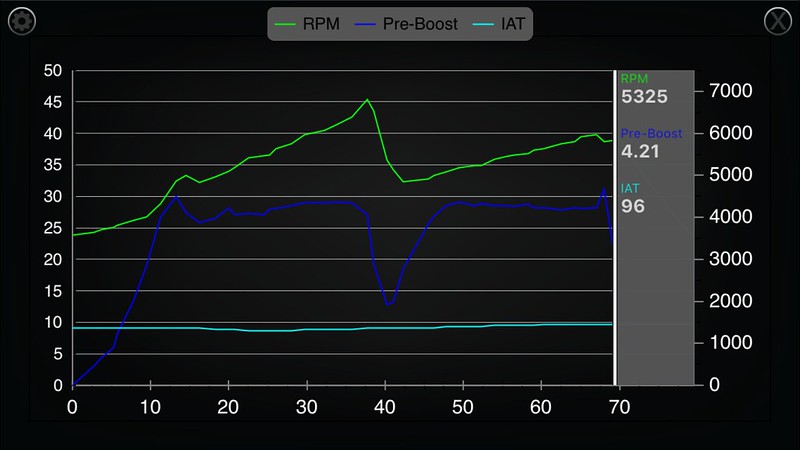 I took a peek at the turbo’s duty cycle to see if they were having to work any harder with the larger intercooler, but their WGDC stayed around 50%. The water temperature was also unaffected by the stepped design that covers part of the radiator. Both intercoolers allowed for a 10° rise in coolant temperature. It looks like the straight-through fin design still allows plenty of air to reach the radiator.

Overall, very happy with the results! I’d highly recommend the VRSF 7.5″ Race intercooler to anyone looking to cool things down a bit. Aside from the trimming, I don’t see any reason why you wouldn’t choose this intercooler over their other options.