UPDATE: After putting even more miles on my N54, I wanted to do this job again. Instead of paying a shop, I bought the supplies and did it myself. I wrote a BMW Walnut Blast DIY so you can do the same!

Since I bought the car with about 81,000 miles and the intake valves had never been cleaned, I knew it was due for a walnut blasting. After a brief search through the forums, I found many Midwest N54’ers were happy with A-Spec Tuning in Schaumburg, Illinois. I found their Facebook page and sent them a message. Sean quickly responded and we set up an appointment to get it done for only $300! Considering the local dealership wanted $900, I had no problem making the drive.

My girlfriend and I set out at about 7:30 AM on Thursday morning, filled up with gas, and arrived right on time for my 10:30 AM appointment.  Not a bad 3 hour drive. Sean greeted me as I pulled up and we chatted for a bit. I asked him if he could drop us off at the local Starbucks while they worked on the car because they didn’t have a waiting area. After taking advantage of Starbucks’ free Wi-Fi and overpriced lattes, Sean picked us up about 3 hours later.

We got back to their shop and an E92 335i was on the dyno getting baseline numbers before getting its valves media blasted. Sean said I could get some before/after numbers on the dyno for an additional $100, but I decided not to. It would have been nice to see the power gains from the walnut blast, but I plan on putting that $100 towards JB4 and a pair of downpipes. Sean and I chatted for a while again and he knocked off $25 because it took a little longer than expected.

Brad (who used to work at VS Motorsports) did the walnut blast and took some before/after pictures of the valves. He sent them to me a couple days later and I couldn’t believe what I saw! 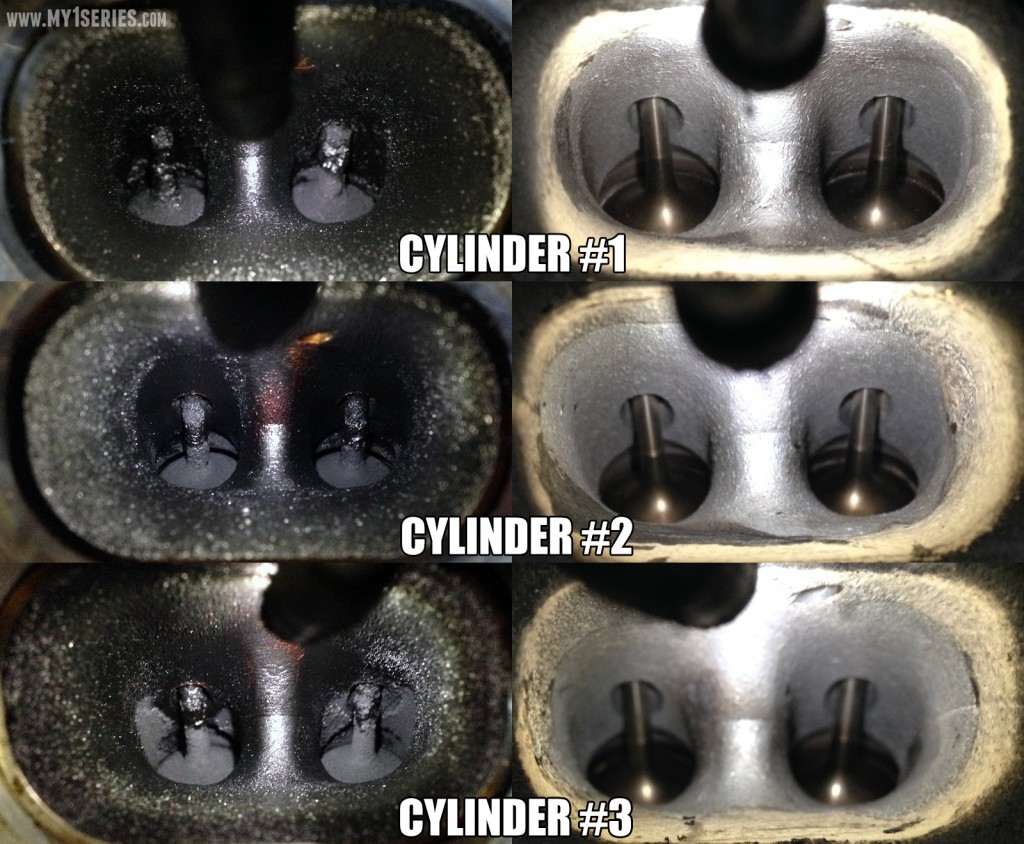 Wow! What a difference. Best $275 I’ve ever spent on maintenance. The car feels smoother and seems to have a little more torque.

Sean and Brad are great, honest guys. Sean was always making sure that I was a happy customer throughout the whole process. I would definitely recommend them if your direct-injection motor is in need of valve cleaning. I would have done this myself, but don’t have the special equipment and couldn’t pass up the price. I know I’ll be heading back for anything else that I can’t tackle myself (hint: LSD).