2017 Update: This 335is/550i clutch setup held up great for 22k hard miles! I have absolutely no complaints. In June I decided to upgrade to MMP Stage 3 turbos and chase 700whp. I knew this clutch setup wouldn’t hold, so I removed it and replaced it with a SPEC Stage 3+ unit.

After turning up the boost on my stock turbos, the factory clutch started to slip. I decided it was time to upgrade so I could enjoy my 135i to it’s full potential. From SPEC to ACT, there are plenty of aftermarket options available. Then I found the 335is/550i clutch upgrade on ECSTuning, so I started to do some research.

This clutch comes factory in the F10 550i, which puts down 443 tq and weighs a whopping 4552 lbs. DINAN doesn’t offer a clutch upgrade for their different stages of 550i’s, so apparently they feel that it is adequate. Their Stage 3 550i puts down 580 tq and they kept the factory clutch. Also, someone on the forums is using this clutch and claims that it is holding at over 620wtq on aftermarket turbos. To me, it sounds like the clutch is severely underrated.

I decided to give it a try. Here is my parts list from ECSTuning:

If you’re performing the job yourself, these tools will make the job much easier:

When replacing your clutch, I highly advise that you also replace the factory dual-mass flywheel (DMFW). The springs wear over time and will eventually let go. You can either replace it with a new DMFW or an aftermarket single-mass flywheel (SMFW).

DMFW vs. SMFW could be debated for hours, but it all comes down to what you want out of the car.

SMFW Cons
Loud, chattering noise, especially with the A/C on

Here is what my MFactory SMFW sounded like after installing it:

Let’s get down to the dirty stuff… old clutch: 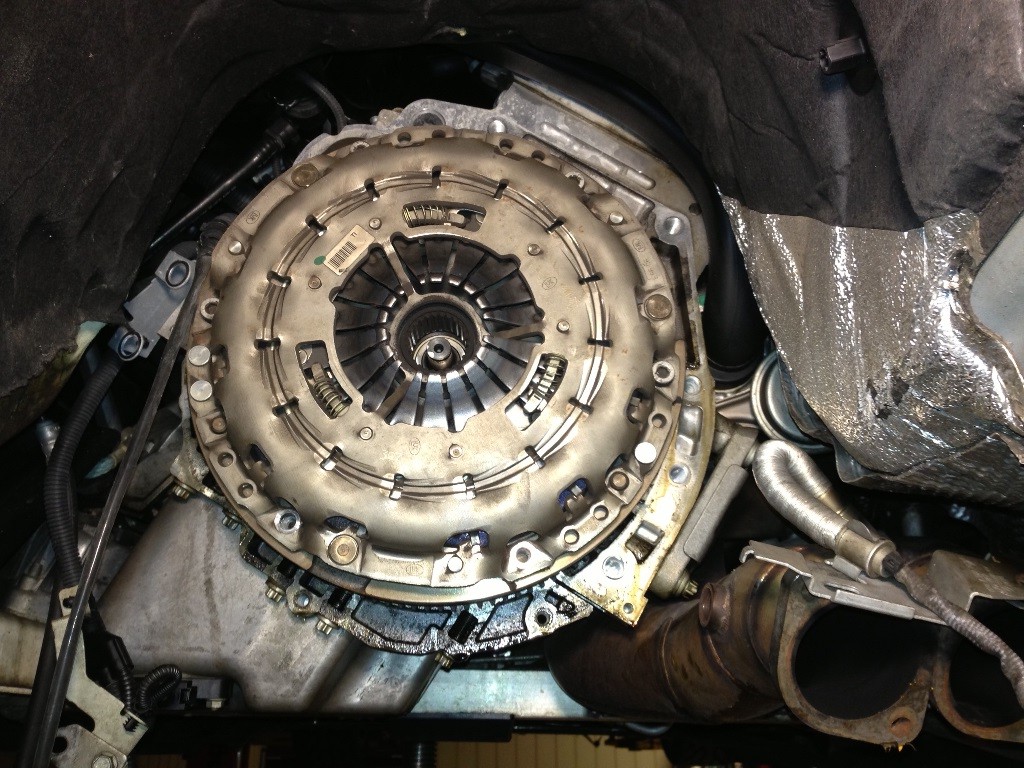 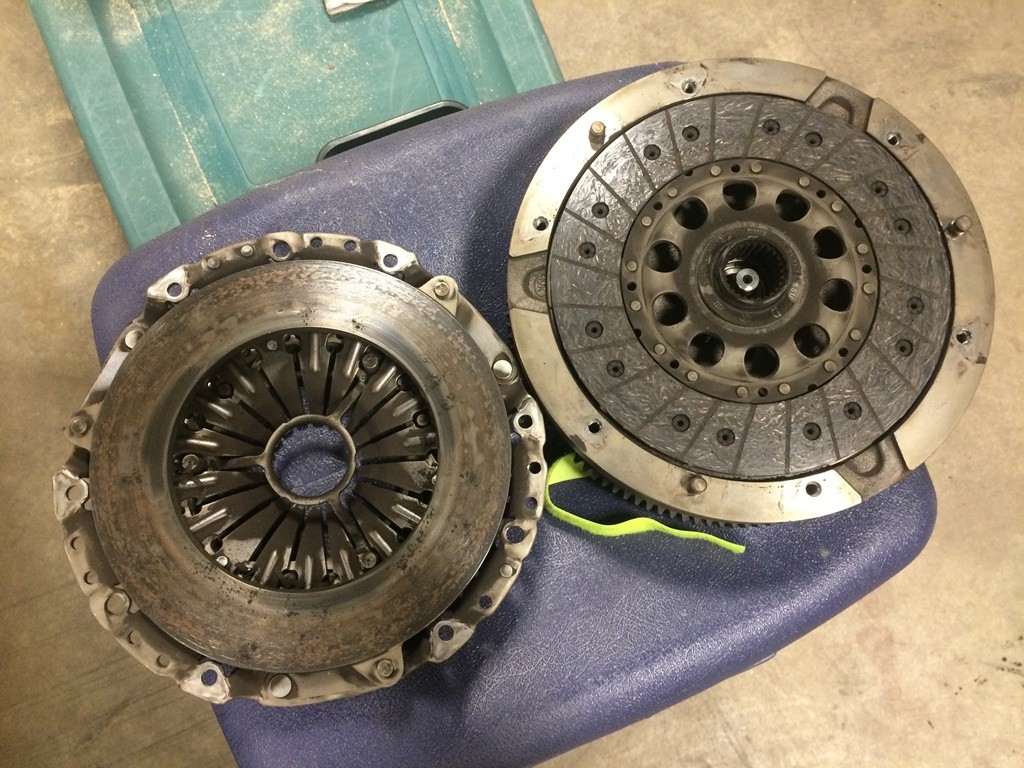 Still some life left on the friction disc, but some slipping spots with heat damage on the pressure plate. Everything else was ‘okay’. The new rear main seal was installed and the transmission was removed. 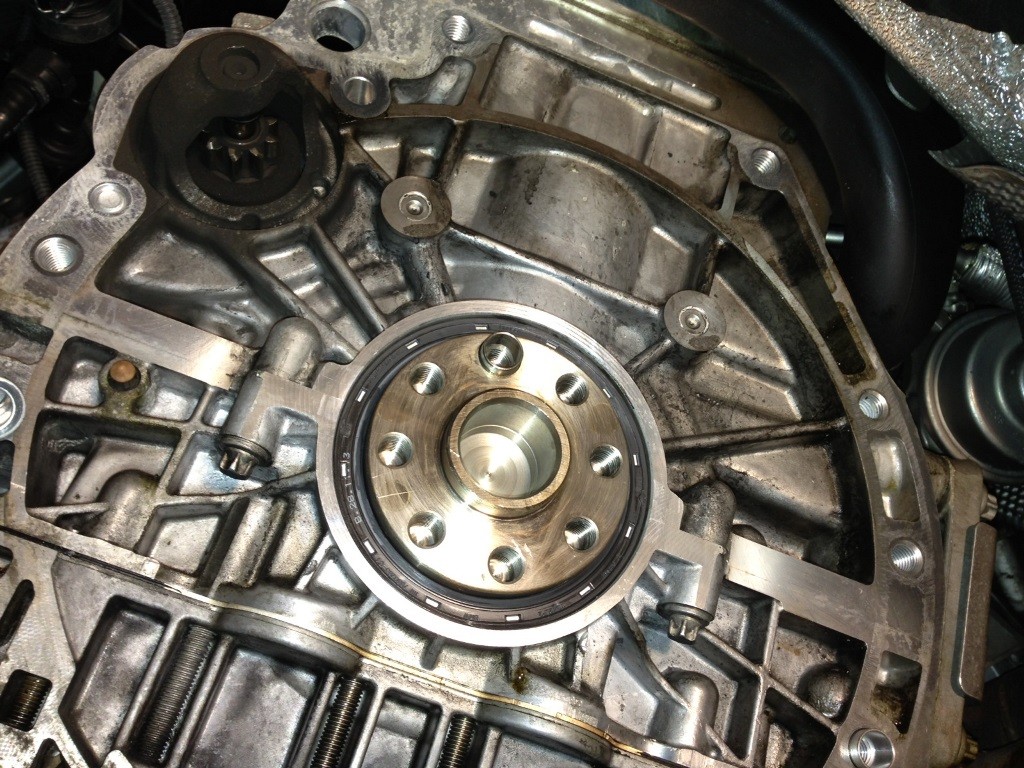 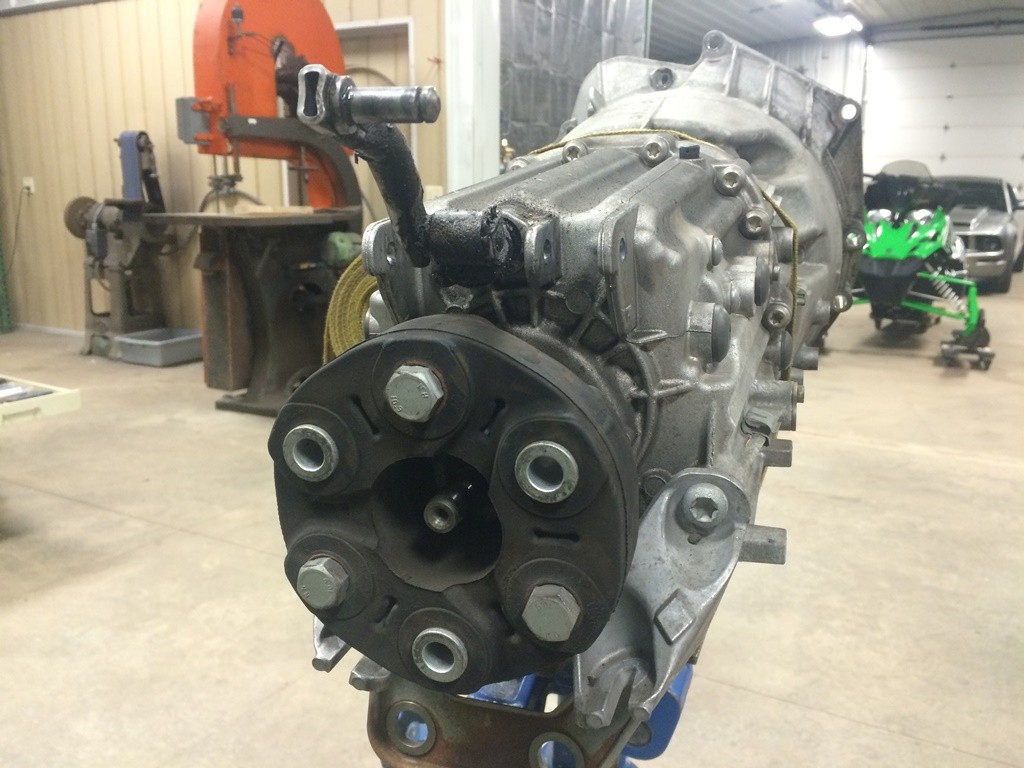 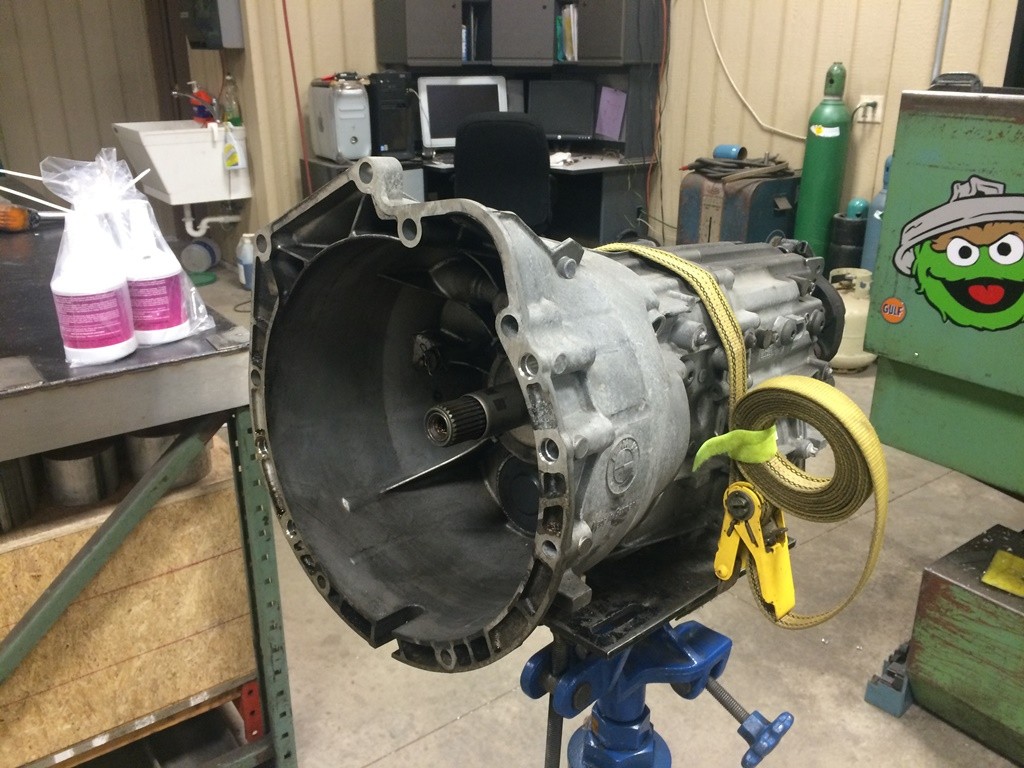 See those two bottles of Redline D4 ATF on the table? We drained the old fluid out and added about 1.5 quarts until it started overflowing. After that, the new clutch and flywheel were bolted on. 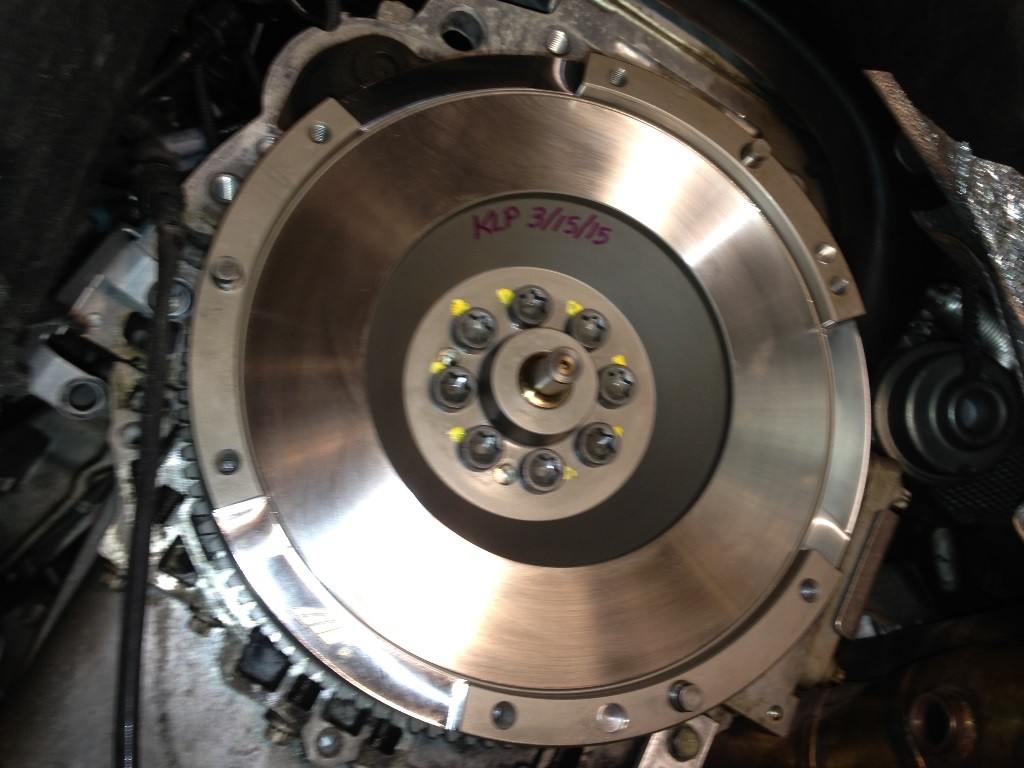 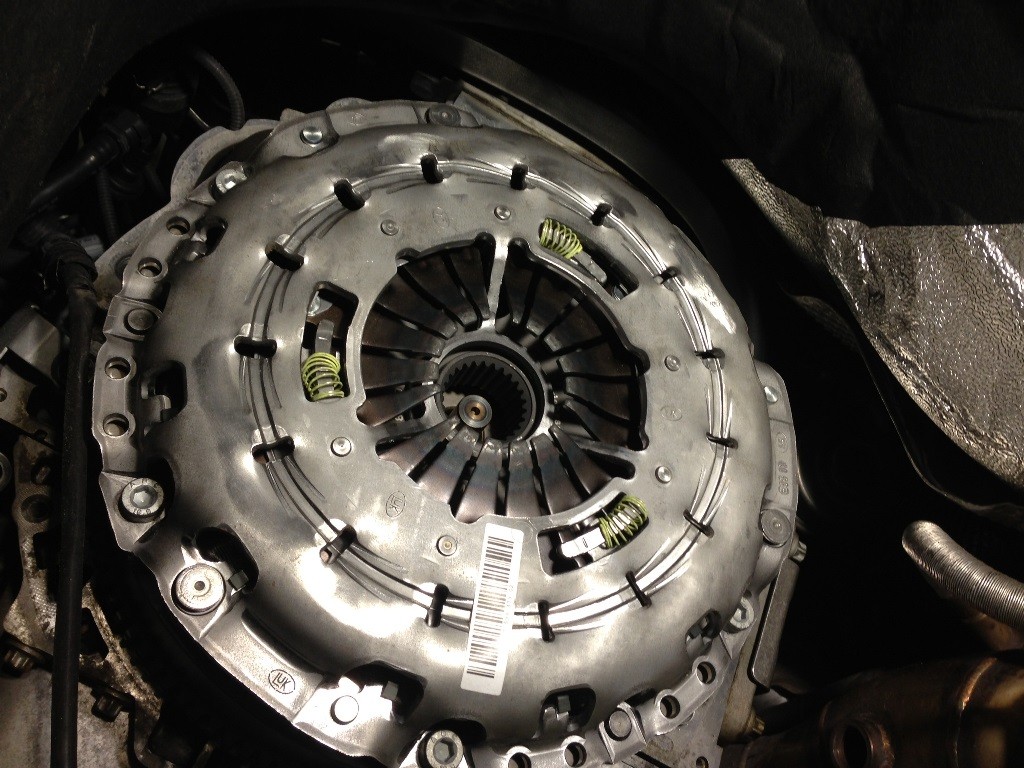 Lastly, everything goes back together in reverse order. Obviously I didn’t get pictures of everything during the install, but it all went together flawlessly. Big thanks to my buddy Kevin, who did an awesome job with the install. He took great care of the car!

Once the car was finished, I took it out for a test drive and it feels fantastic. The clutch pedal is slightly stiffer, but retains an OEM feel. The gear changes are nice and smooth with the new Redline fluid. Everything grabs like it should and I’m very satisfied with the new setup! It will be put to the test this summer…