I bought some used VRSF 3″ catless downpipes for $300 and decided it was time to put them in. Most people on the forums say they would rather pay to have it done if they had to do it all-over again. In other words, I went into this expecting it to take a while… 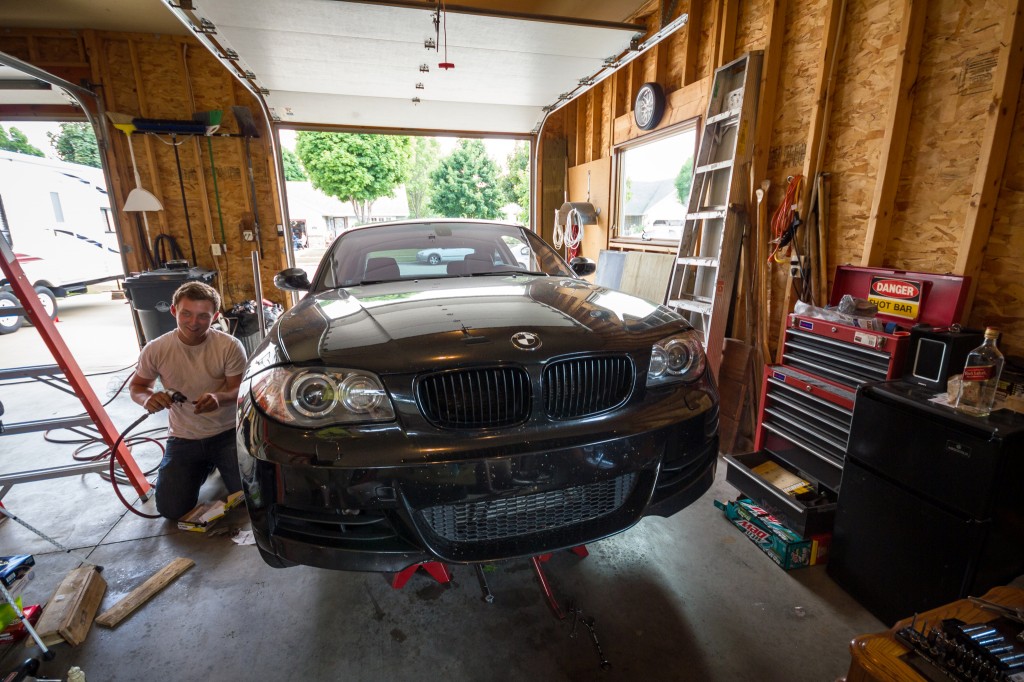 We were pretty slow throughout the whole process. I was able to loosen most of the nuts, but one in particular was giving me trouble. It was in a really tight spot and we ended up rounding it off. I had a friend heat the stud with a torch and use an air chisel to snap it off. 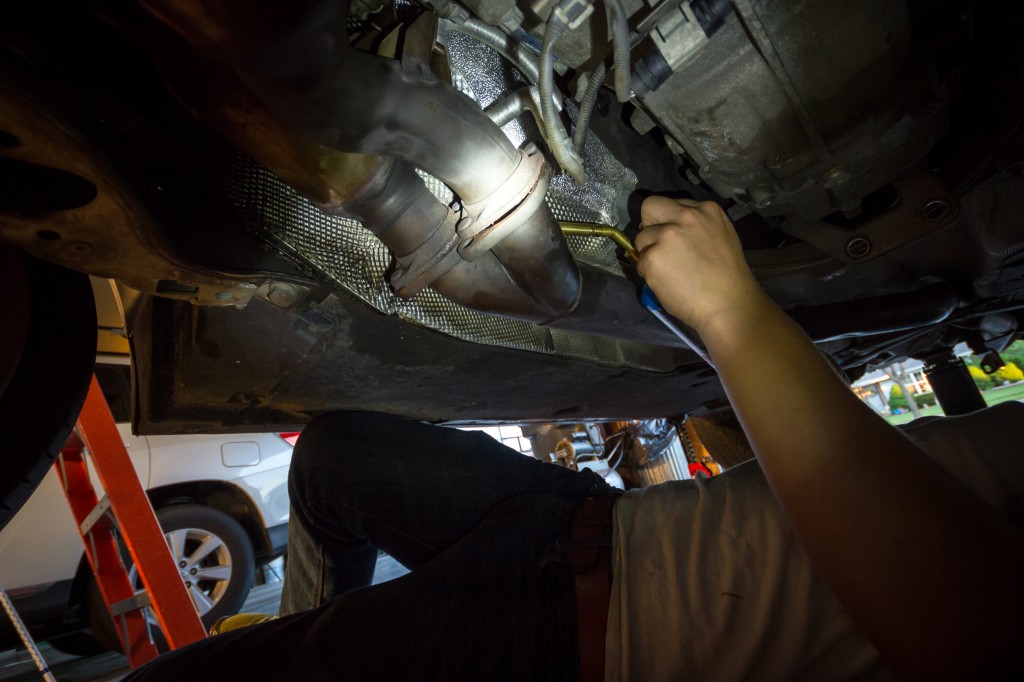 After we got that out of the way, we still needed to unbolt brackets, v-bands, four O2 sensors, and unhook the whole exhaust from the hangers. We even had to unbolt the steering rack and move it out of the way for more room. I would recommend replacing both v-band clamps when installing downpipes. Maybe we should have started earlier? 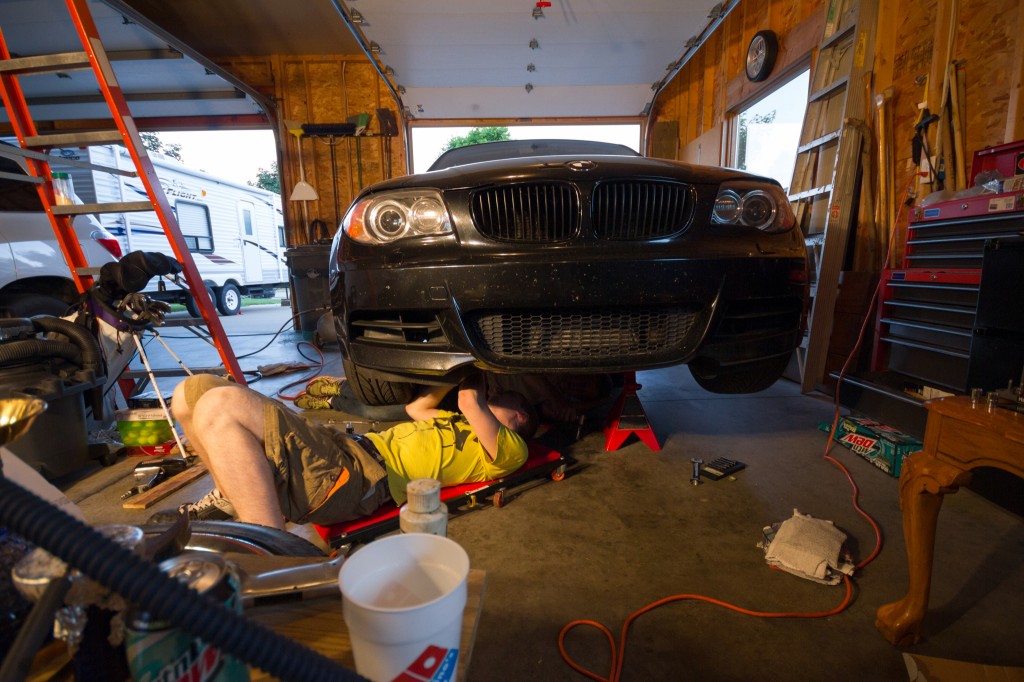 About 8 hours after we started, the OEM catted downpipes were finally out. I initially hoped the car would be buttoned up and back on the road by this time, but that wasn’t going to happen. 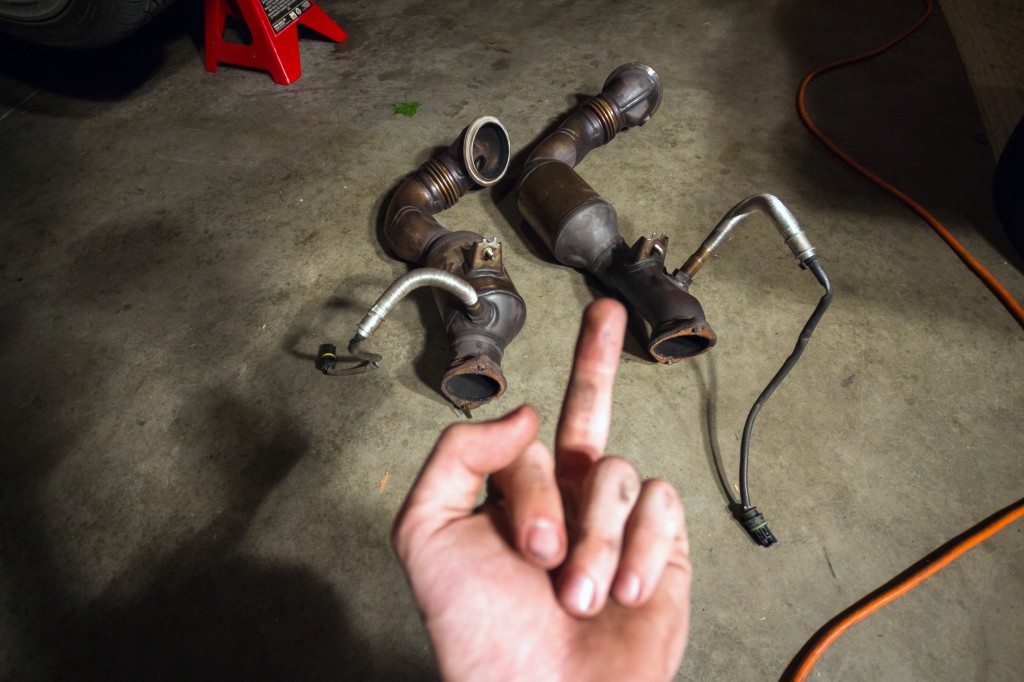 I decided I was going to  finish it the next afternoon. I didn’t take any pictures of the actual install process, but I finally got them in today! 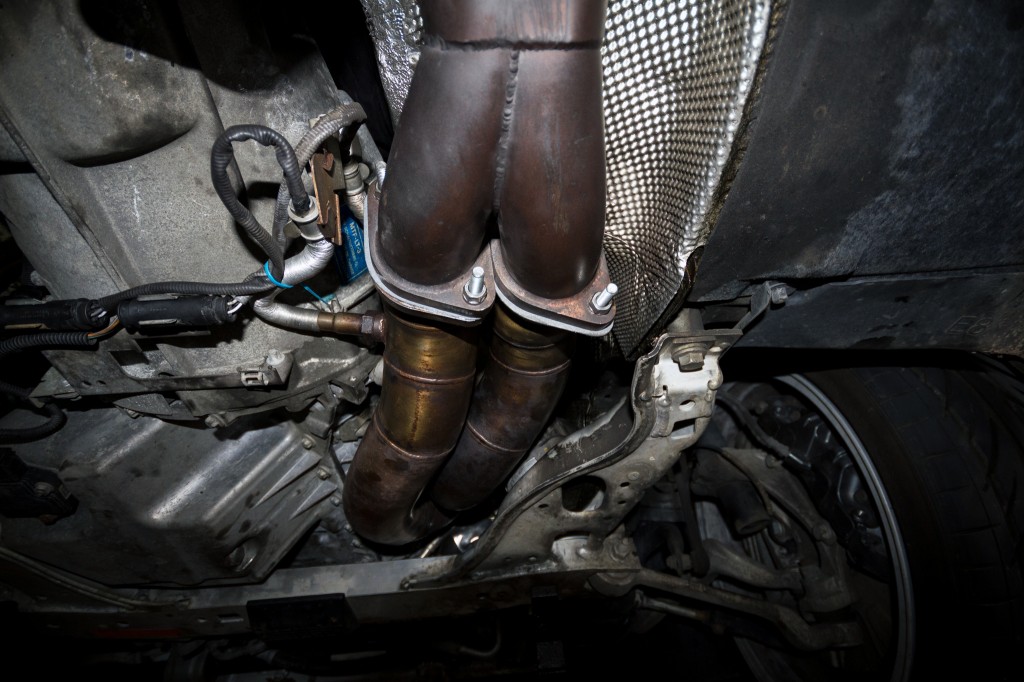 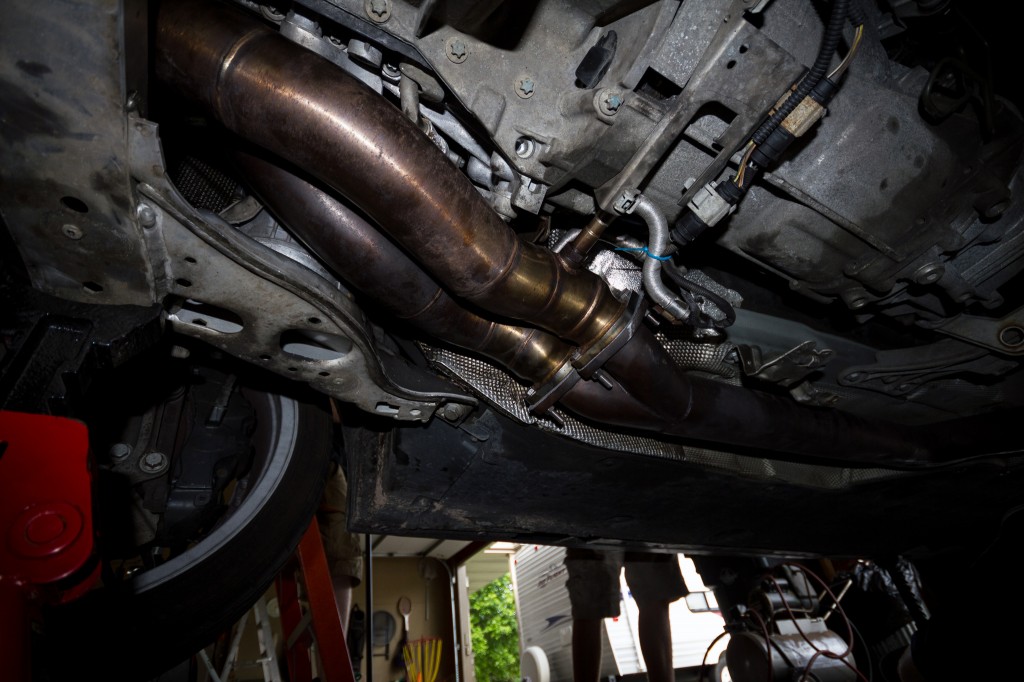 Also, I wet-sanded and polished my exhaust tips since the exhaust was unhooked. The tips were black and caked with crap. I always assumed the exhaust was a custom setup, but I uncovered a “Riss Racing” stamp once I cleaned the tips. Sure enough, this thing has a $1,300 stainless-steel 3″ catback exhaust!I had a friend take some videos to capture the exhaust sound inside and outside of the car. Excuse my excitement as I grannyshift up the onramp, I’ve never lost traction in 3rd like that before.

I’ll drop in the Walbro 255 fuel pump next weekend. I can’t wait to get her on the dyno again and hit up the drag strip.