I ordered a Fuel-It! Walbro 255 inline fuel pump kit so I could run E85 fuel for more power. The factory LPFP could handle a smaller mix of E85, but it was maxed out at that. I met up with Bob for help with the install. He has installed the pump before and also has the flashing tools and software. We installed the pump this weekend and flashed the ECU with a free E85-specific flash that BMS offers. 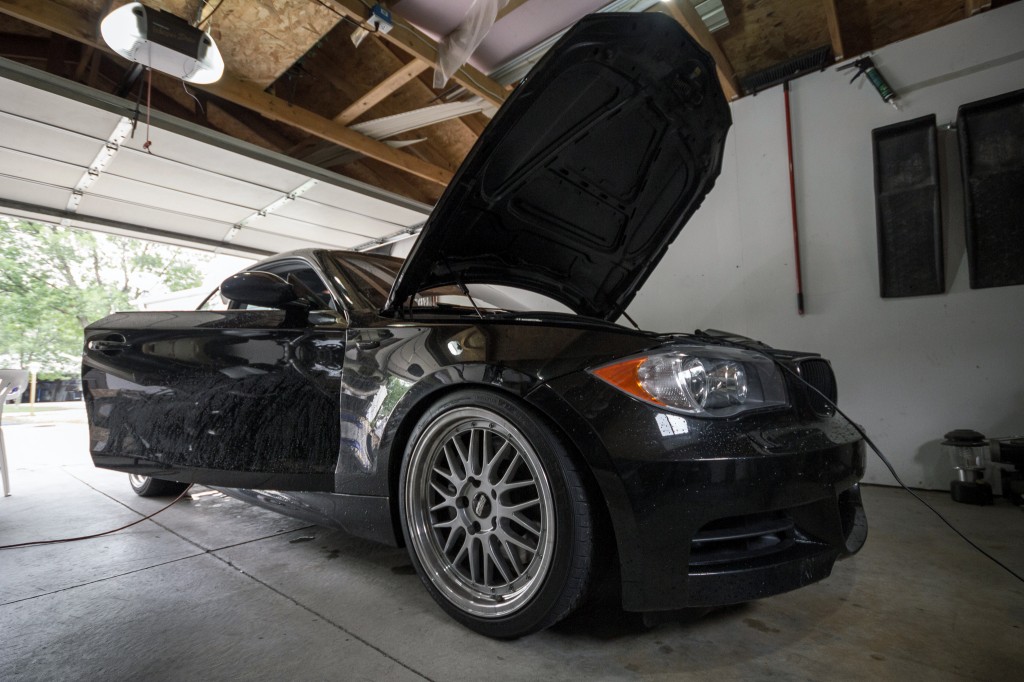 First step: remove the fuel pump bucket from under the rear seats… 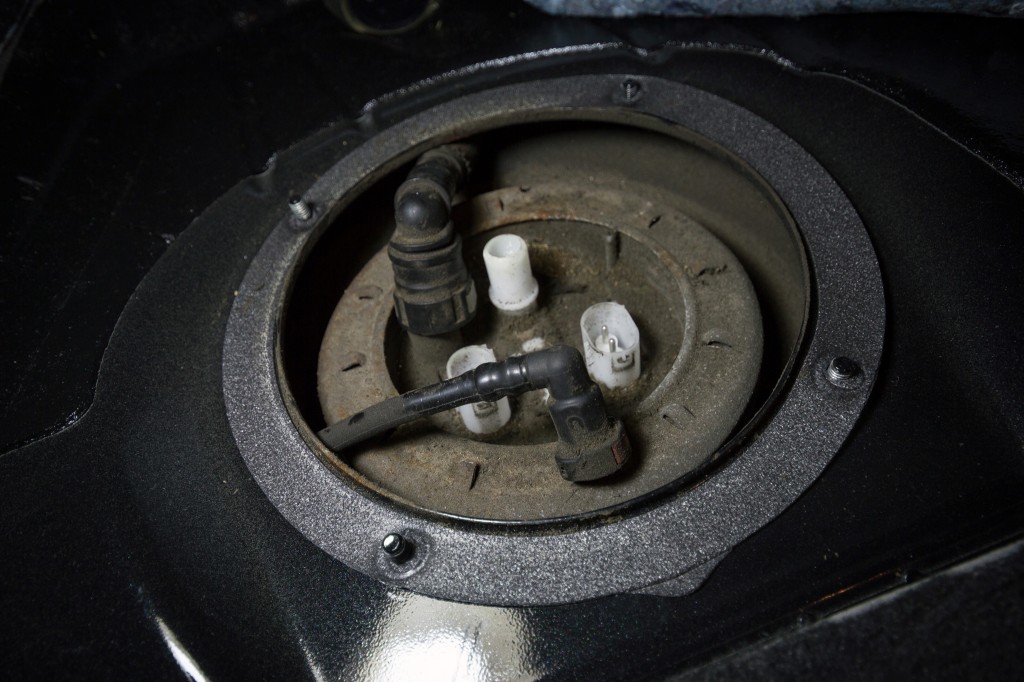 As you can see in the picture above, we unplugged the connections first. I didn’t take any pictures of the actual removal process. It’s fairly straightforward if you follow Steve’s instructions. Here it is, removed: 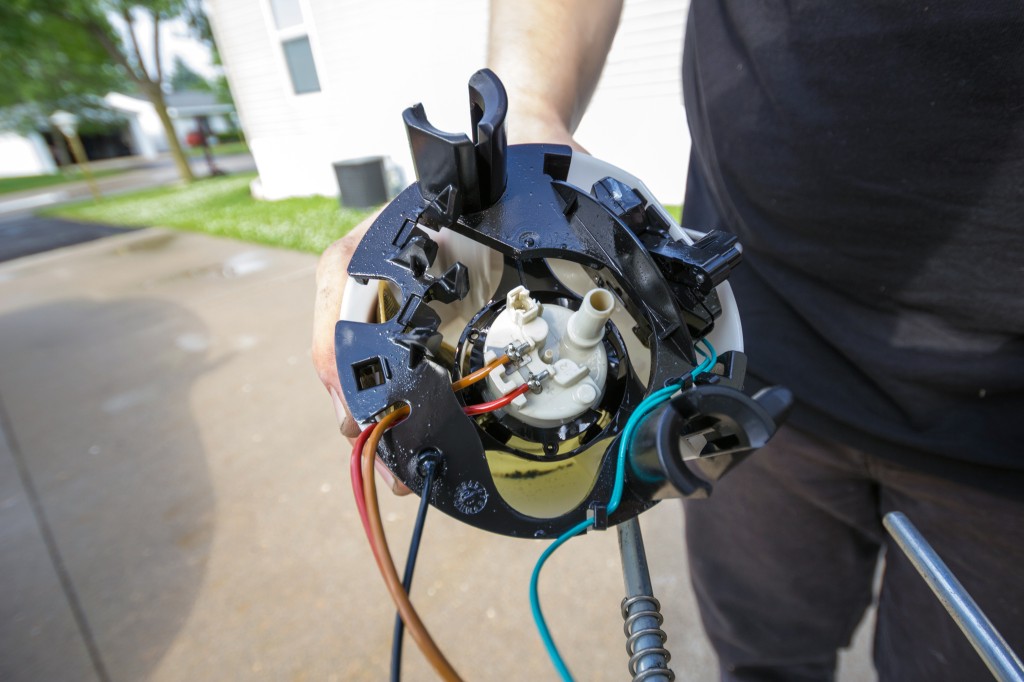 Once it was removed, we started flashing the car because that takes about an hour by itself anyways. This way we could assemble the inline pump while the flash was loading. 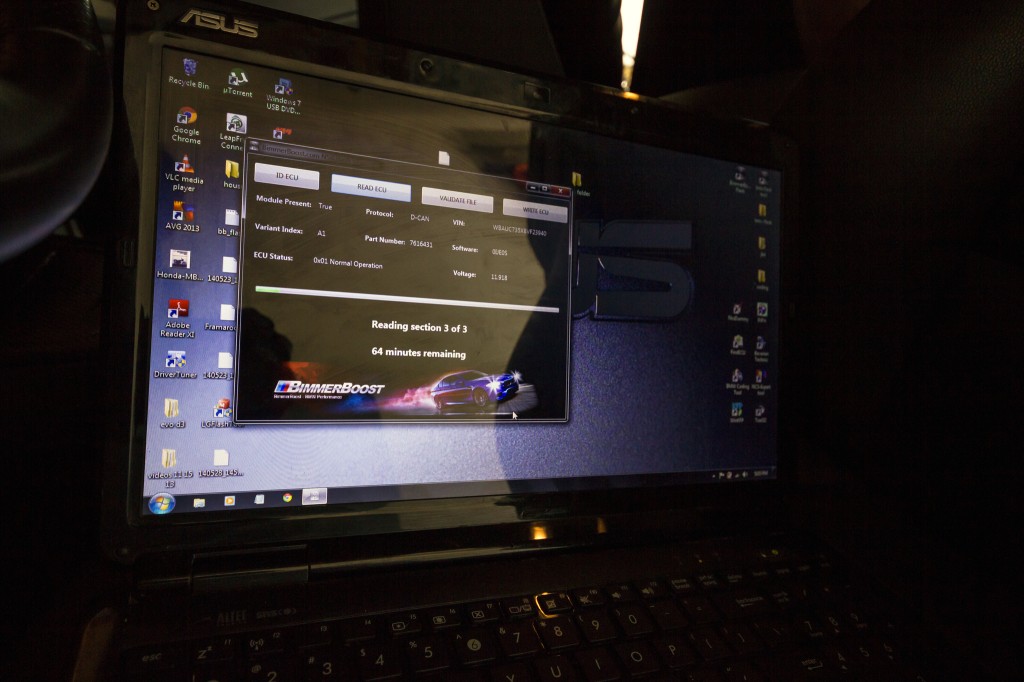 Here is what the fuel tank looks like without the pump and bucket: 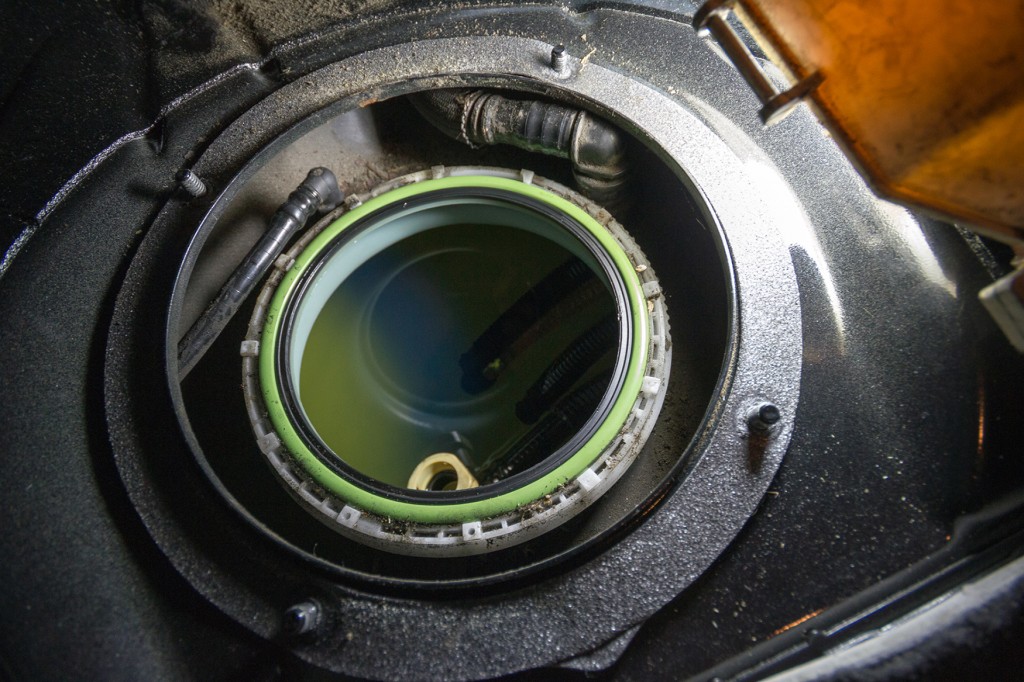 Now it was time to assemble the Walbro 255 pump to the bucket. 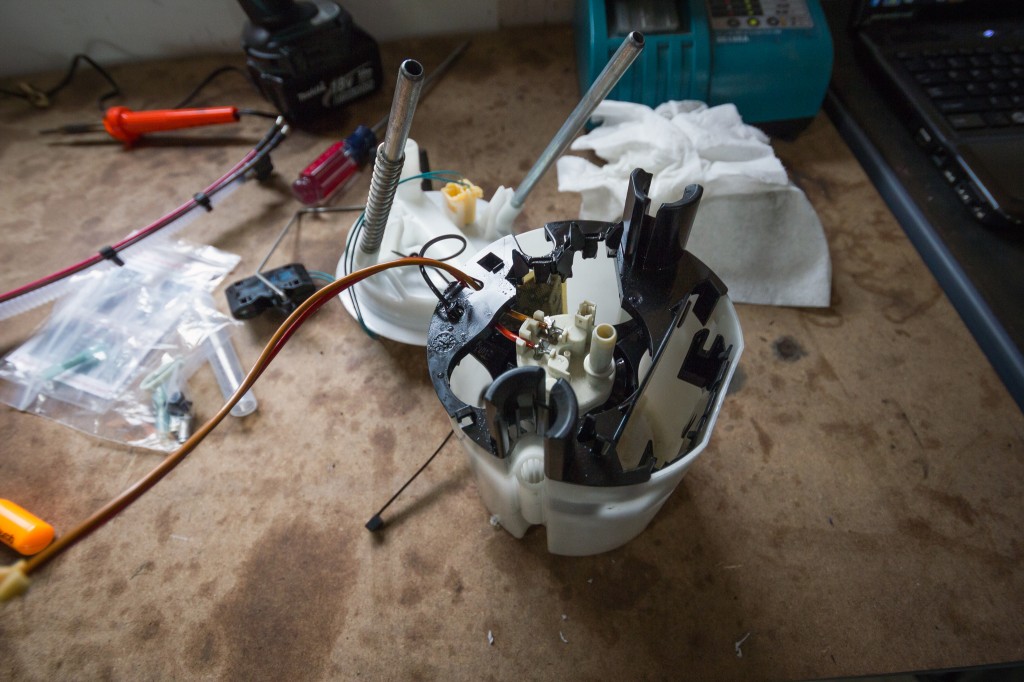 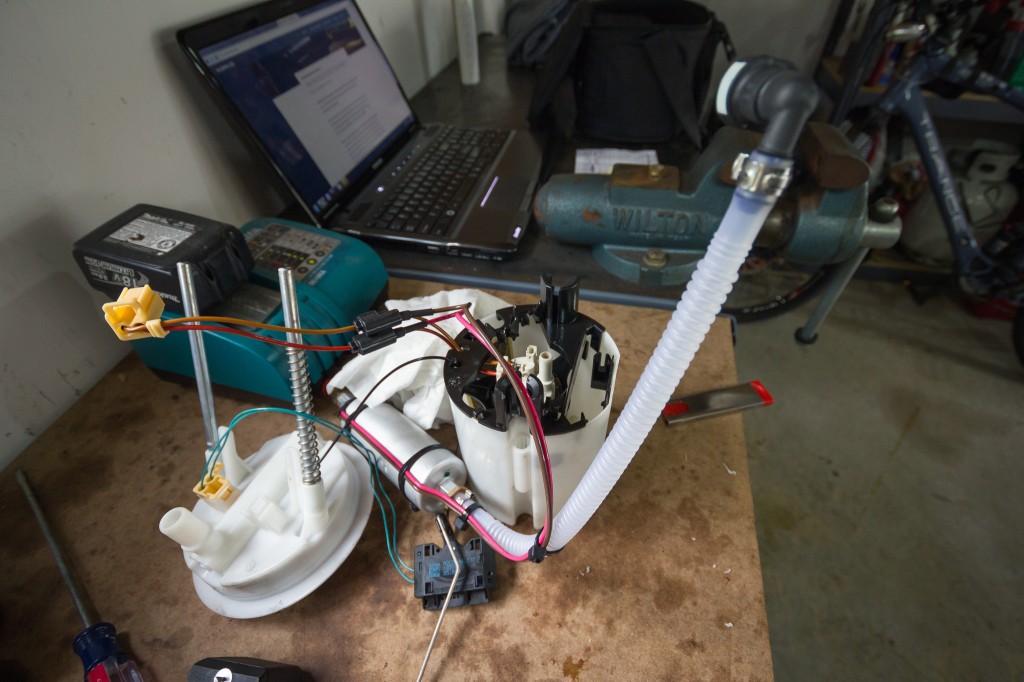 Ready to go back in! 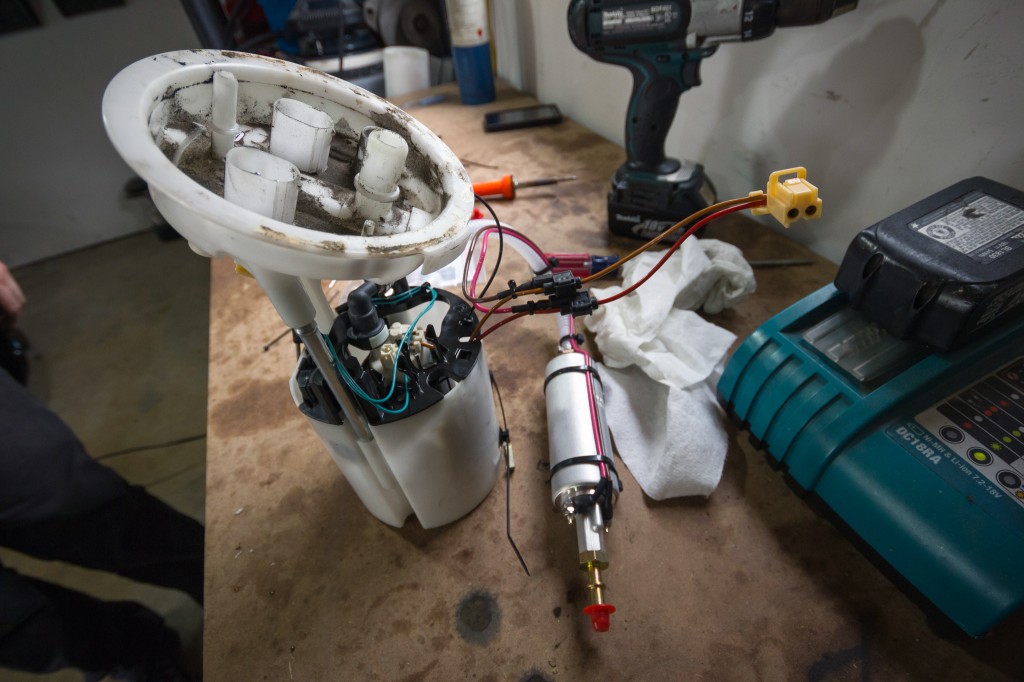 Re-installation of the bucket was easy. At this point, the Bimmer Boost application was done pulling my stock BIN. The BMS E85 flash only took about 15 minutes to load after that. To my understanding, the flash overwrites the DME values so JB4 no longer has to intercept them. However, JB4 still controls boost and has the fail-safe actions in place.

The flash that I loaded was specifically built to be used with anywhere from 50% to 100% E85. I started off with a 50% mix and logged a few pulls on map 5 (auto-tuning map). The difference in power was similar to that of the catless downpipes. I was hoping for more, but apparently my results were normal. The inline fuel pump is doing a great job and is no longer stressing the factory system whatsoever. Now I am able to hit an additional 2 lbs of boost with the added fuel.

The screenshot above is an overview of the log I did on map 5, just to show you the parameters I’m working with. I also tried a pull in map 7 (race map), but the boost couldn’t hit target, so the results were similar to that of map 5. I’m not necessarily disappointed in the BMS E85 flash, but I’m looking for something more aggressive. In other words, I’ll be getting a Wedge flash installed next weekend!